We look forward to serving you!


Cornerstone is a full-service mortgage lender. Since 1988, Cornerstone has made a positive difference in people's lives. Our staff of caring, seasoned mortgage professionals is passionate about helping people become homeowners. Founded by Marc N. Laird and Judy Belanger in Houston, Texas, Cornerstone has steadily grown into one of the largest privately-held mortgage companies in the country.

Cornerstone by the Numbers 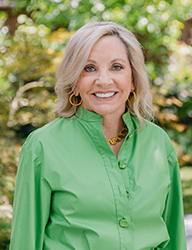 Mary Dinkins, Regional President and Residential Lending Advisor of Cornerstone Home Lending, has been a mortgage professional since 1981. Mary has been involved in every aspect of the business which has truly established her national reputation for excellence in the industry. During her long tenure in mortgage banking, she has distinguished herself as one of the top 100 loan originators in the country, has in excess of $1 billion in loan production, a return client rate of more than 90 percent and has helped thousands of families achieve their home-buying dreams. Aside from Mary's personal production, she oversees offices in Texas, Utah, Nevada, and California. She is also a nationally sought-after speaker at both community and industry-related events.

Mary has served as President of the Dallas Mortgage Bankers Association, Director of the Texas Mortgage Bankers, the Board of Trustees of Good Shepherd Episcopal School, Greater Dallas Board of Realtors Leadership Council and a lay Eucharist Minister for her Church. She has been a volunteer for Voice of Hope Ministry, The Salvation army, The Scottish Rite Hospital and The Alzheimer Foundation. Her top priority, however, is her commitment to her husband and their three children. 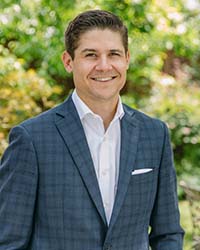 As a mortgage consultant, Reece supports homebuyers throughout the home loan process, working diligently to understand short and long-term goals and help them choose the right loan for their unique situation. Approachable and eager to help, Reece understands questions and needs come up outside of business hours. Available any time of day – “the best ability is availability,” he says.

Growing up with two parents in home lending, Reece began learning the ins and outs of the industry early in life. He has served with the Dinkins Team since 2016 and is proud to be a part of the award-winning team of mortgage professionals.

Reece was born and raised in Dallas and continues to call it home. He spent his college years in Austin at the University of Texas, where he earned a bachelor’s degree in economics. In his free time, Reece enjoys being with his wife and family, trying new local restaurants, playing golf with friends, and spending time with his Golden Retriever, Bogey. 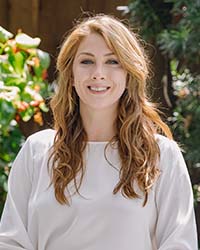 Victoria works with homebuyers throughout the home loan process, offering education and support. After nearly a decade in the finance industry, she made the move to home lending in 2016, with the desire to educate consumers on what is likely the biggest purchase of their lives. Victoria enjoys diving into the details to ensure clients are well versed on all aspects of their home purchase and can make the optimal decision for their needs. Knowledgeable, professional, and fun to be around, clients are in good hands with Victoria and her team.

When she’s not working, Victoria enjoys trying new restaurants, traveling, reading, and playing with her pup, Moxie. She and her S.O. love to entertain, frequently welcoming friends at their home with warm hospitality and a yummy charcuterie board.

Inspired by a passion to learn and to serve, Riley joined the industry after graduating from the University of Arkansas in 2015. With her background as a loan officer assistant and experience in loan set up, she understands the full scope of the mortgage process. As her team’s Business Development Director, Riley offers amazing support and insight to help create positive home financing experiences. She inspires all around her with her enthusiasm, dedication, and hard work.

Outside of the office, Riley enjoys spending time with friends and family, going to concerts, and trying new restaurants. She is also a member of the Young Leadership Board for Cancer Support Community North Texas.

Senior Loan Processor Cindy Henderson assists the Dinkins Team with loan submission, underwriting and closing. She also coordinates with the customer and Title Company to ensure a smooth loan closing. Cindy was introduced to the mortgage industry in 1977 by her sister, who worked in the business. Cindy has partnered with Mary Dinkins since 1993 and she enjoys staying up-to-date with all the industry regulations and mortgage products.

Cindy’s 40 years of home-financing experience have given her a thorough understanding of the home-financing process and the knowledge to serve their clients. Her hardworking and ethical professionalism are just a few of the assets she brings to the Dinkins Team. In addition to her career, she enjoys quality time with her two sons, daughter-in-law and new granddaughter, Jocelyn.